A Brief Guide to the Google Local 3-Pack 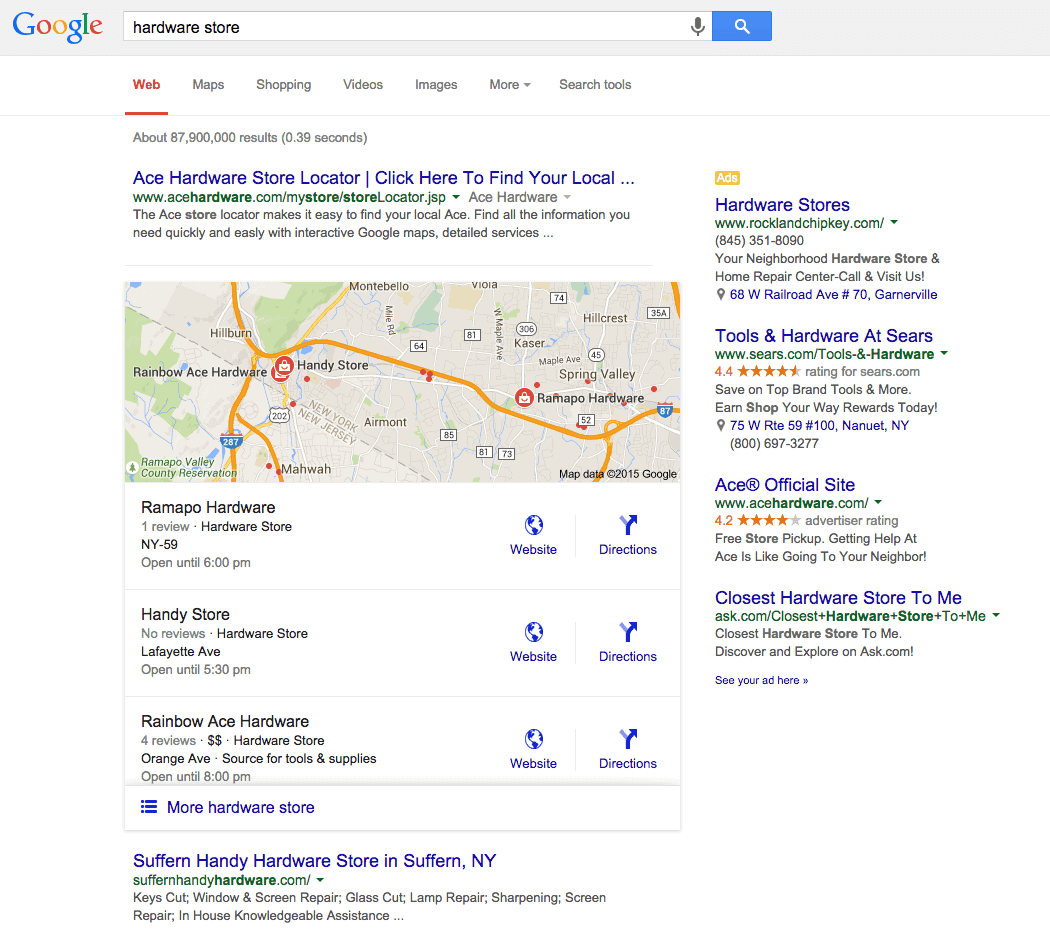 Google search platforms control more than 90 percent of the market. When Google alters something about the way search results are displayed, businesses have to catch up or risk losing customers.

The Google local pack is an especially critical feature, and Google recently made major changes in the way it displays top local results. What was once known as a 7-pack has now been pared down to a 3-pack.

Those terms may sound confusing, but they’re easy to understand. For one thing, neither a 3-pack nor a 7-pack has anything to do with beer.

Read on for a beginner’s guide to the Google 3 Pack.

We’ve all gotten hungry and typed something like “Chinese food” into our browser. Previously, Google would respond to a search like that by displaying a group of seven restaurants nearby that Google thinks fit the bill.

Now, though, if you make the same search, you’ll see an initial pack of three results instead of seven. That’s why it’s called a Google 3 Pack.

If you want to view more than the top three, you’ll have to click the “more places” link. That makes it even more crucial that local businesses have good online visibility.

Why did Google do this? Are they trying to hurt businesses by making it harder to get listed in the first group of results?

They’re not. Google has said that the bottom four results in a 7-pack weren’t getting as much traffic as the top three, so maybe three just seemed like a better number.

Another likely explanation involves the way that users are performing their searches.

A person performing a search on their laptop has no problem viewing a 7-pack, but viewing it on a mobile phone requires scrolling. As it turns out, three search results are the perfect display size for smartphones.

In 2015, Google announced that mobile device queries had become more common than searches made using a PC. When that happened, they changed their algorithm to give priority to sites with mobile-friendly web pages.

Think about the last time you searched for a local business. Did you think to search while you were at home on your laptop, or were you out and about when you remembered that you needed to buy dog food? If the latter, you probably took out your phone to look for pet supply shops nearby.

The Google map pack has also altered what kind of information it displays. While 7-packs displayed a phone number for the business, a 3-pack requires users to click on the business name to get that information.

Once they click, mobile users are taken to a page full of restaurant info that also includes a “call” button. That means searchers can call the restaurant without so much as laying eyes on the actual numbers.

If your business isn’t showing up in the Google local pack, don’t panic. It might be a matter of location since that’s a significant factor in what listings pop up. Someone searching a block away could be getting totally different results.

But if local SEO feels like a problem for your business, then we have solutions.

Contact us today to start working on a customized plan that will help you move up the rankings.

We save people from being lost on Google so your local audience can find you and buy your products or services, click the video to hear from people like you smiling about their success.

A lot of local businesses struggle with getting found on Google. We’ve created a 5-Step LOCAL process that helps drive more traffic to your website. So more people walk through your front door, and you hear the sound Cha-Ching as your business grows.
Facebook-f Twitter Instagram Youtube